For many people like myself, Taekwon‑Do is not so much a hobby, as it is a guiding principle of morality, of self-improvement, and a way of understanding the limits of one’s physical and mental capabilities. It is an artform and a lifestyle that I have dedicated myself to for over 43 years. To honour the 65th year of the naming of Taekwon‑Do, like many of my fellow instructors and practitioners of this long enduring art, I would like to reflect on my ITF journey.

As a young boy, I was inspired by my own father, a professional boxer, to take up martial arts and looked to Taekwon‑Do at age 14. However, I was a sickly child who was not as fit as most of my peers, and frequently ill. My father, tired of my condition, took it upon himself to strengthen me by forcing me to swim across a fast flowing and icy river for exercise. Eventually I took up athletics, and I began running more than I spent time walking! To build up strength in my legs, my father advised me to practise Taekwon‑Do.

The globalisation of Taekwon‑Do was spearheaded by the late General Choi Hong Hi, and Malaysia happened to be the 2nd country to which he brought the art outside of Korea in 1965 to be introduced to the public. At the time, Grand Master Low Koon Lin was the Malaysian pioneer of the art, under the tutelage of General Choi, as well as my first instructor; this made me part of the 2nd generation of students in the lineage of General Choi’s international spread of ITF. Along with GM Low Koon Lin, I was privileged to learn under the coaching of Master Tan Eng Kiat and GM Yeow Ching Wat. Their teaching structure was extremely innovative, with each instructor teaching 3 different aspects of training – sparring, pattern and self-defence. Importantly, they did not forget to instil in their students the true meaning of Taekwon‑Do which was the moral culture. With the guidance of these inspirational figures, I accelerated in my learnings and was promoted to assistant instructor 1979 and became instructor in June 1980.

Already by this time, Taekwon‑Do was my life, and nothing could stop me from pursuing the martial arts even further every day. I recall how difficult it was for me to attend General Choi’s seminar in Malaysia, not due to any physical barriers but financial ones. My family sacrificed spending on some necessities just so that I was able to pay for the seminar. But it was a seminar that I remember for life. Seeing General Choi in person, I was awestruck, as he was a powerful idol and pioneer to me. Being in his presence, I felt as though I had the power and energy to train all day. Whilst it was probably just by chance, I felt as though it was fate that he had asked me to perform patterns to demonstrate in front of my peers, and my own instructors and seniors. For years, I looked forward to attending his next seminar, and I was fortunate enough to attend each until his last in Queensland. I had the privilege of being graded by General Choi himself, for my promotion to 5th Dan in Maroochydore, Queensland before his sad passing.

General Choi left me with an abundance of knowledge, both in the physical aspects of Taekwon‑Do, as well as the moral. From the very first seminar, I learnt that mastering fundamental exercise was key to mastering pattern and sparring. Moreover, he illuminated the importance of moral culture studies. General Choi imparted not only his knowledge, but also instilled encouragement in me to overcome my younger years of physical weakness. Because of him, I began participating in tournaments. My tournament career endured until I was 6th Dan, with a highly successful rate of achievement. The competitors I have had the privilege to fight have come far and wide across the globe. Some of my notable achievements include gold medals in sparring, pattern and power breaking, silver in team sparring in ITF World Championships. As a veteran tournament participant, I also have had great success and was the first person to be awarded the Overall World Champion title in ITF’s 1st Veteran World Championships. It was not an easy journey for me to work towards this Championship. I had my knee ligament torn just two weeks prior. However, I reminded myself of the words of encouragement from my late father and General Choi and I kept my indomitable spirit high to proceed and continue to participate.

I retired from tournaments in 2005 when I was promoted to 7th Dan. On top of partaking in tournaments, I have also coached and trained a number of students to successfully win national and international championships. Among other cherished achievements, I was awarded the prestigious ITF Outstanding Instructor Medal and ITF Order Medal in 2017 and 2018 respectively. My post-tournament life saw myself heavily involved in the expanding and publicising of ITF to the world. With the help and support of ITF officials, I have organised and run national tournaments, with the goal of building friendships, exchanging ideas and promoting the art to the general public. I have also been involved in running seminars as a part of the ITF Technical and Education Committee, to aid the constant progress and evolution of Taekwon‑Do. The most memorable moment of my Taekwon‑Do career however, was a very recent one. In the last World Championships (2019), held in Bulgaria, I was awarded my 9th Dan by President Prof. Ri Yong Son.

In my own teachings, as with my own instructors and General Choi, I ensure that I train my students in the philosophy of Taekwon‑Do, in addition to physical training. General Choi’s legacy continues to remind us of the importance in moral culture of Taekwon‑Do being passed down to the next generation of students – there is no true “Taekwon” without the learning of the “Do”, or the moral understanding of the art. Every year I paddle in my kayak over the course of 111km and 404km to raise money for the Red Cross and Arrow Bone Marrow Transplant Foundation to give hope to people suffering from diseases treatable by bone marrow and adult stem cell transplant. Through moral culture study that instilled in me, I tirelessly continue to provide lessons online for students during the unprecedented times of COVID-1. I hope to continue this legacy unique to ITF, and pass it down for the jejas of the future to understand and uphold. 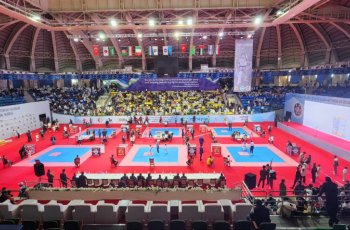 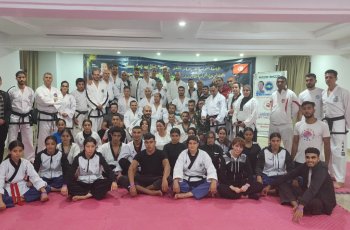 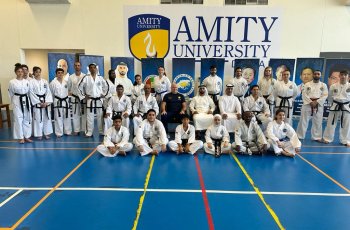 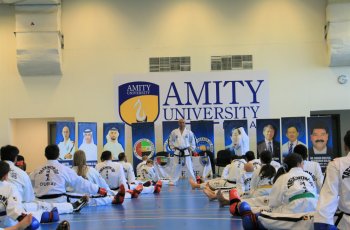