Although the origins of the martial arts are shrouded in mystery, we consider it an undeniable fact that from time immemorial there have been physical conditions involving the use of the hands and feet for purpose of self-protection. If we are to define these physical actions as “Taekwon- Do”, any country might claim credit for inventing Taekwon‑Do. There is, however, a scant resemblance between Taekwon‑Do, as it is practiced today, and the crude forms of unarmed combat developed in the past.

Modern Taekwon‑Do differs greatly from other martial arts. In fact, no other martial art is so advanced with regard to the sophistication and effectiveness of its technique or the over-all physical fitness it imparts to its practitioners. Technically, 1955 signaled the beginning of Taekwon‑Do as a formally recognized art in Korea. During that year, a special board was formed which included leading master instructors, historians, and prominent leaders of society. A number of names for the new martial art were submitted. On the 11th of April, the board summoned by Gen. Choi Hong Hi, decided on the name of Taekwon‑Do which had been submitted by him. This single unified name of Taekwon‑Do replaced the different and confusing terms; Dang Soo, Gong Soo, Taek Kyon, Kwon Bup, etc.

In 1959, Taekwon‑Do spread beyond its national boundaries. The father of Taekwon‑Do and nineteen of his top black belt holders toured the Far East. The tour was a major success, astounding all spectators with the excellence of the Taekwon‑Do techniques. Many of these black belt holders such as Nam Tae Hi, President of the Asia Taekwon‑Do Federation; Colonel Ko Jae Chun, the 5th Chief of Taekwon‑Do instructors in Vietnam; Colonel Baek Joon Gi, the 2nd Chief instructor in Vietnam; Brigadier Gen. Woo Jong Lim; Mr. Han Cha Kyo, the Head Instructor in Singapore and Mr. Cha Soo Young, presently an international instructor in Washington D.C., eventually went on to spread the art to the world.

In this year, Choi was elevated to two illustrious posts; President of his newly formed Korea Taekwon‑Do Association and deputy commander of the 2nd Army in Tae Gu. In 1965 Ambassador Choi, retired two-star general, was appointed by the Government of the Republic of Korea to lead a goodwill mission to West Germany, Italy, Turkey, United-Arab Republic, Malaysia, and Singapore. This trip is significant in that the Ambassador, for the first time in Korean history, declared Taekwon‑Do as the national martial art of Korea.

This was the basis not only for establishing Taekwon‑Do Associations in these countries but also the formation of the International Taekwon‑Do Federation as it is known today. In 1966, the dream of the sickly young student of calligraphy, who rose to Ambassador and the Association President of the most respected martial art in the world came true. On the 22nd of March, the International Taekwon‑Do Federation was formed with associations in Vietnam, Malaysia, Singapore, West Germany, the United States, Turkey, Italy, Arab Republic of Egypt and Korea. 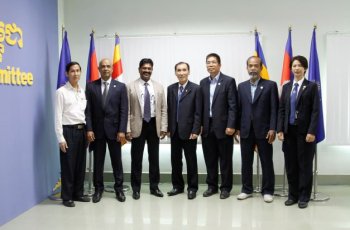 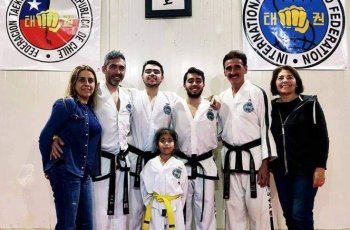 3
Taekwon-Do being part of our…
3
enter 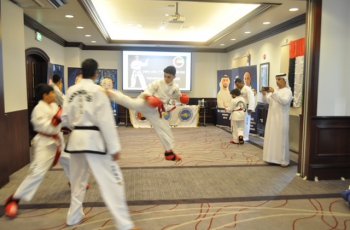 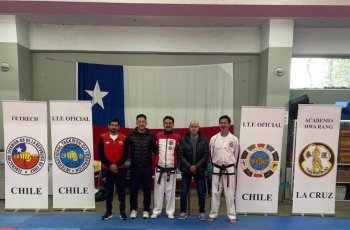