Plovdiv City of Bulgaria, European Cultural Capital for 2019 hosted the 21st ITF Taekwon‑Do World Championship putting another new milestone for the promotion of original Taekwon‑Do all over the world. The City, proud of long history of its tradition reserved unparallel generosity and jealous hospitality to all the participants who came in this lovely land from different parts of the planet to attend the event thus displaying high skills of Taekwon‑Do techniques and moral aspects through the whole process of competitions.

The Championship took place from 25 th  August to 31st August 2019 at the inner Stadium “Colodrum” in Plovdiv under the presence of more than 1500 competitors, coaches and technical staffs from 78 countries. 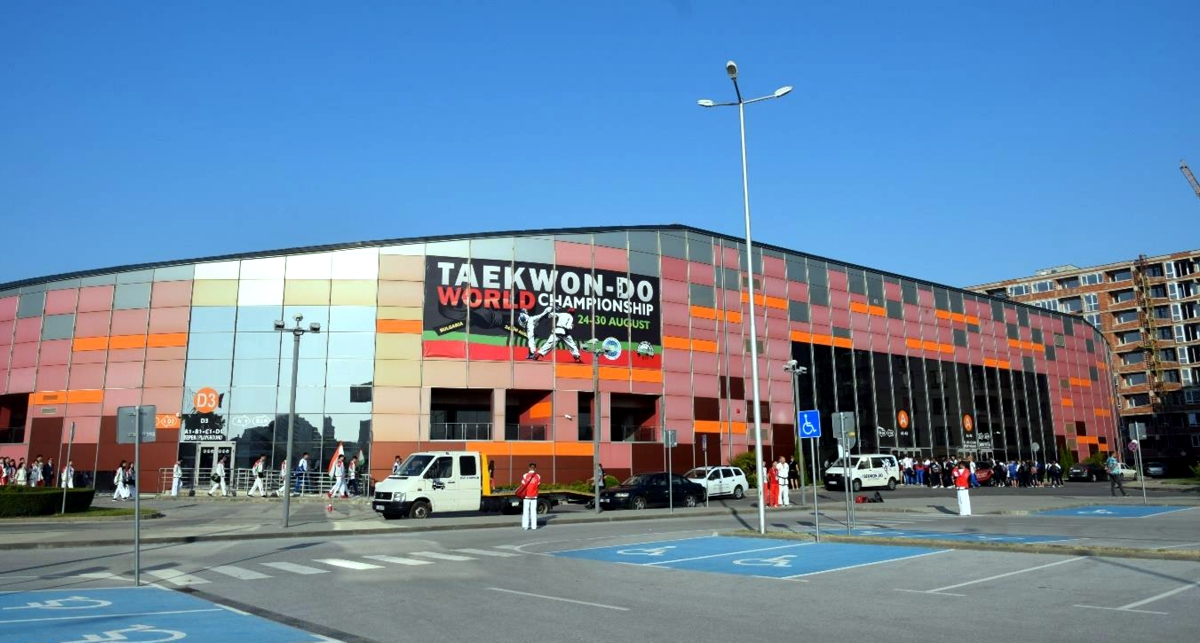 The ITF Enlarged Executive Board meeting took place on 24th August 2019 at the room “Plovdiv” of the Hotel “Grand Hotel Plovdiv” to deal different items of significant importance in ITF activities for final adoption at its Congress. 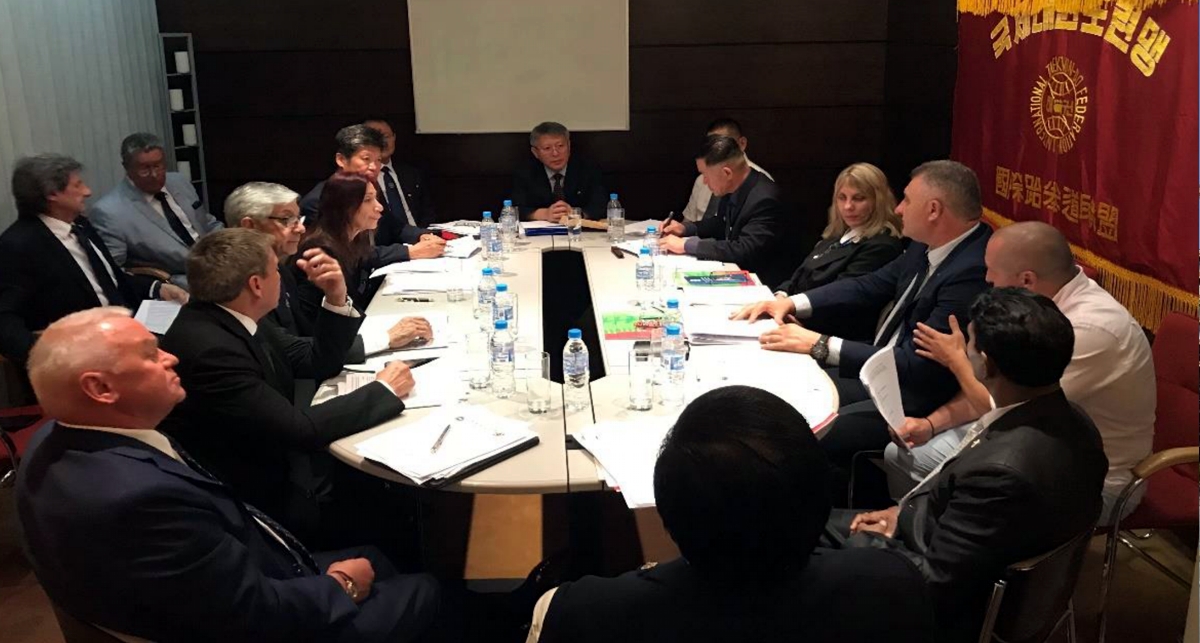 The ITF 27th Congress was held on the 25th August 2019 at the conference hall in “Plovdiv International Exposition”.

The EB meeting and the Congress were chaired in person by President Prof. Ri Yong Son. He invited all the participants to keep a minute silence-tribute to the memory of the late General Choi Hong Hi, Legendary Founder and first President of ITF. 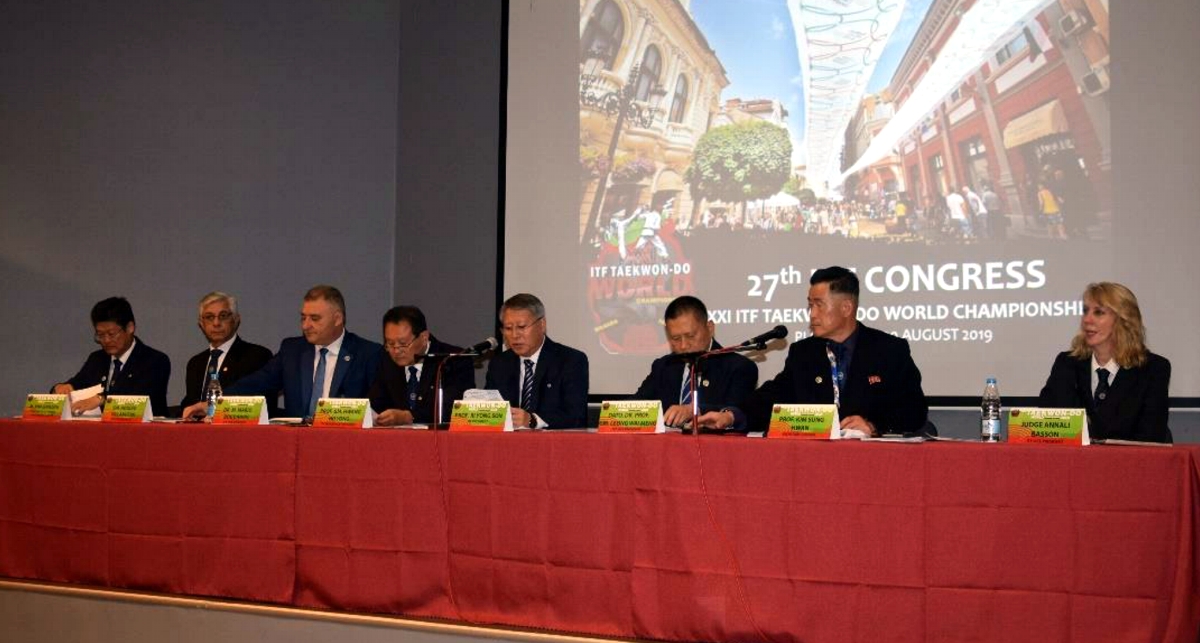 The  Congress  was  attended  by  representatives  from  78  National Associations  along  with  6  proxies  to  have  85  total  votes.  Ms.  Martha Bozhikova took part as legal advisor on the side of Bulgarian legal authorities as so requested by ITF HQs. 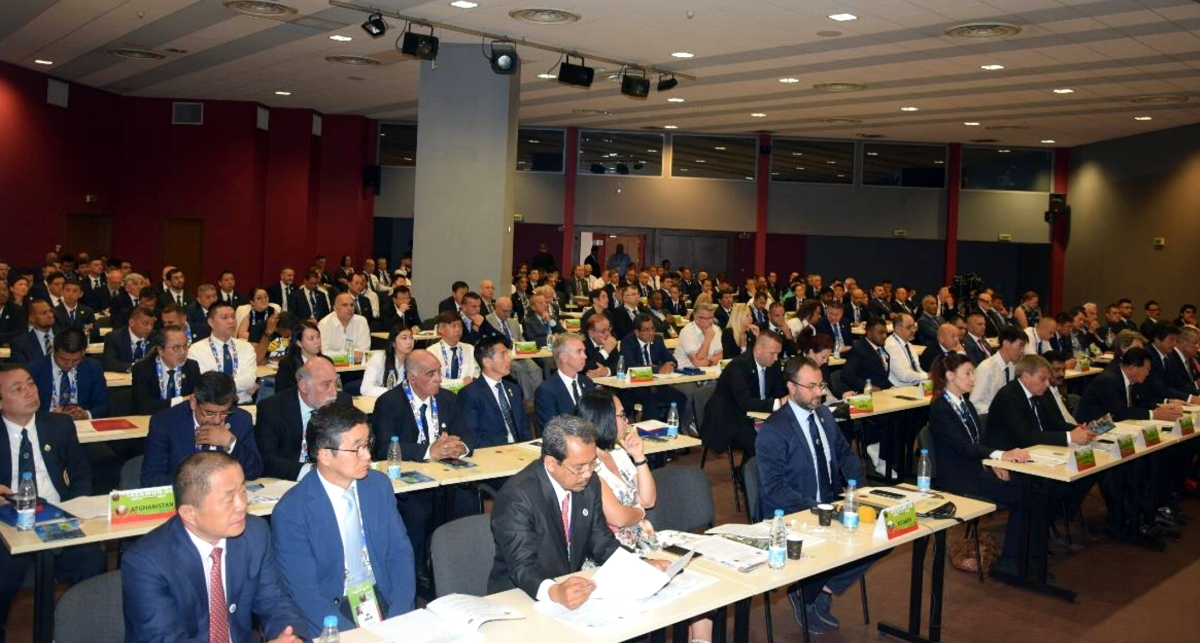 The competition will be divided into 3 different categories for Junior, Adult and Veteran in conformity with the ITF Tournament Rules. This means that 3 Overall Winners (male and female) and Overall Country will be awarded for each category.

Since the ITF EB decided to hold the Junior, Adult and Veteran Taekwon‑Do World Championships every 2 years, it has been decided to organize, in the interim years, the “World Cup Taekwon‑Do Games”. The first one will take place in 2020.

The  Congress  also  dealt  the  organisational  matters  with  regards  to  the appointments and elections for the ITF new Leadership for 4 years term.

The Congress accepted the hosting proposal of China ITF as the next venue place for the 22 nd  ITF TWC to be held in 2021 and Rimini City, Italy as venue place for the 23 rd  TWC to be held in 2023 while Argentina was decided to be the venue place of the ‘World Cup Taekwon‑Do Games’ to be held in October 2020. In compliance with ITF Constitution, President Prof. Ri Yong Son declared that the ITF 28 th  Congress will take place in PR of China, venue place of the next ITF TWC. The Congress reviewed all the decisions taken by the EB meeting and adopted accordingly all the proposed documents and issues thus bringing its contribution to the consolidation of ITF families.

The Congress summarized up all ITF activities since the last Congress and put forward important tasks ahead of us. The EB meeting and Congress exhausted all agenda successfully amid of great expectations and hopes of all original Taekwon‑Do practitioners all over the world. 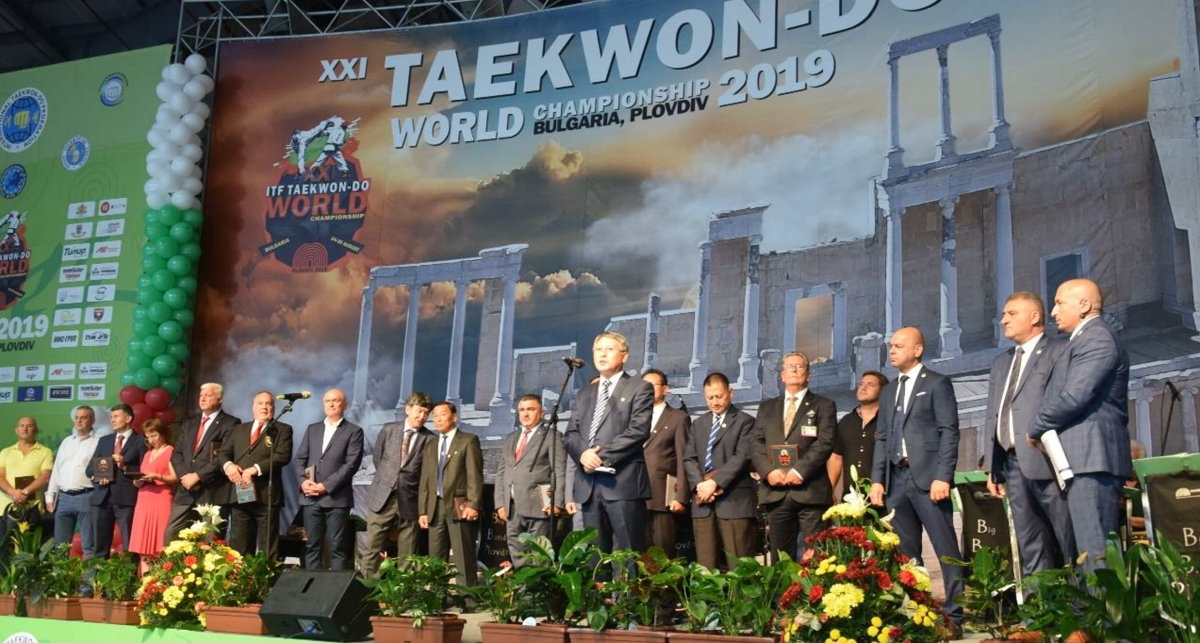 An opening ceremony was held, on 25 th  August at the Stadium” Colodrum” under the presence of prominent figures of Bulgarian authorities as well as of ITF leadership members. 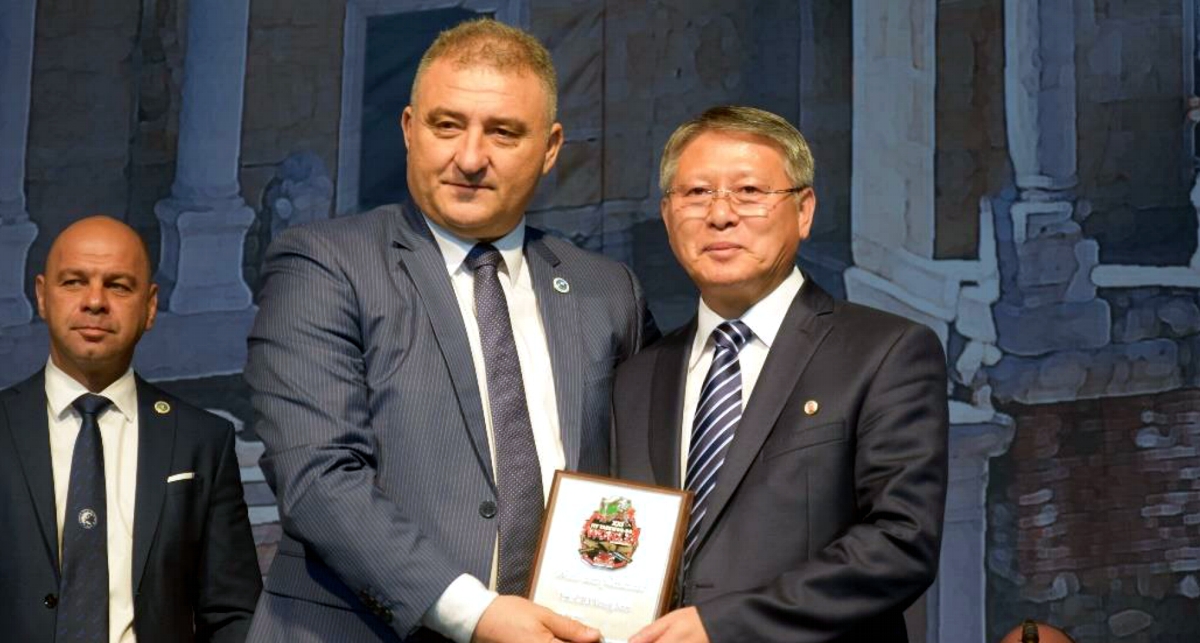 President  Prof.  RI  Yong  Son  made  a  speech  on  this  occasion  which  was followed  by  Mayor  of  Plovdiv  City  along  with  other  notables  from  the presidium who opened 21 st  ITF Taekwon‑Do World Championship. 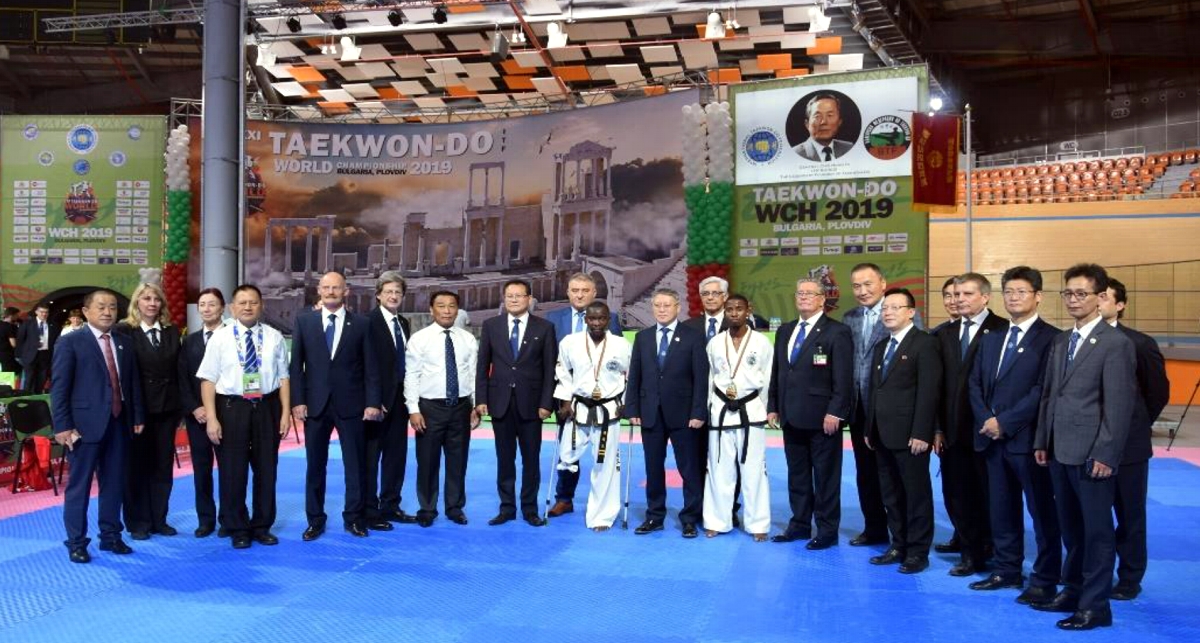 Claudio Fenias Taekwon‑Do Demonstration from Mozambique stood up at its peak. 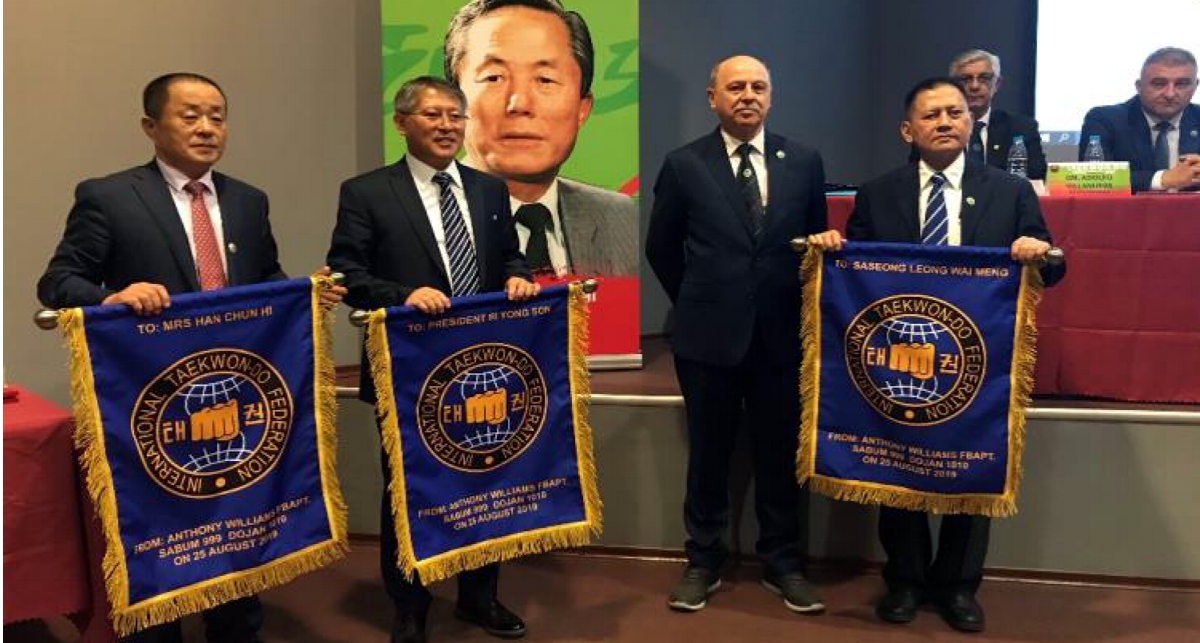 The overall scores are tangent proofing of the results of each competitor and of each country’s hard training to crown the event with great success.

The Championship was concluded with brilliance in all its aspects. 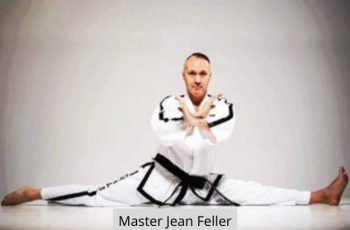 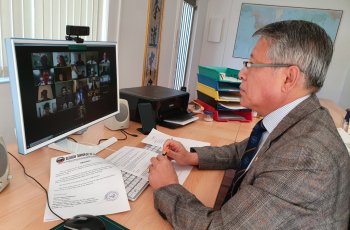 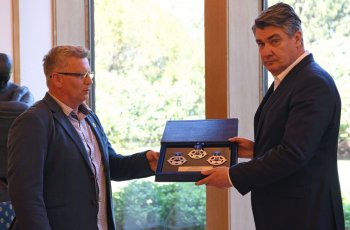 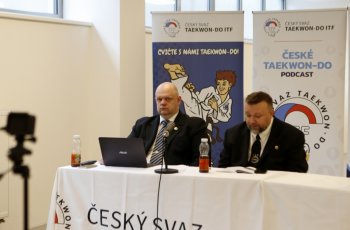