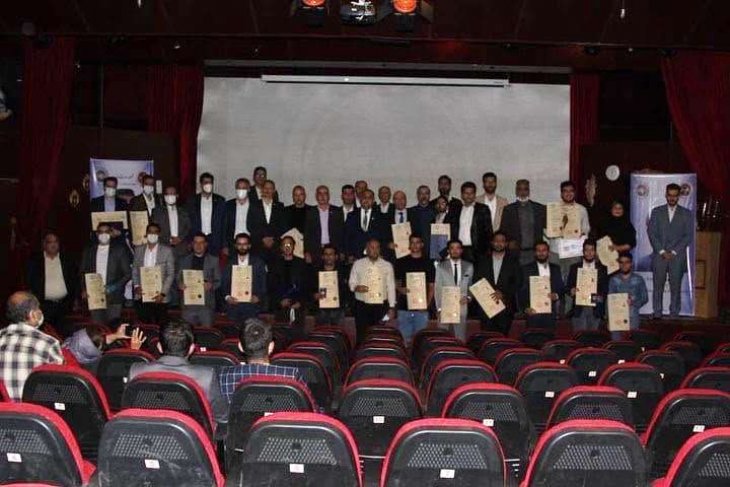 The ceremony was held as minimal as possible, considering Covid-19 health protocols and the invitation was limited.

The Event started at 2pm on October 19,2021 and last for 3 hours, special guests from government been attending the ceremony, such as Parliament and Municipality members and sport minisrty , also Dr. Hamidreza Hesaraki the President of Asian Savate Confederation,

First of all, the more recent message of Prof. Master Ri Yong Son, which had an apt influence on strengthening of Iran ITF body, read eloquently by Mr. Milan,

Master Farid Sabbagh addressed the attendants, in 3 major subjects, first he expressed his thankfulness of His Excellency Prof. Master Ri Yong Son, ITF President, and also of Master Kim Cholgyu the Director of administration and Finance of ITF, for their great support of Iran ITF and real members, and from all Iran ITF genuine noble members, all high-souled attendants and especial guests.  following by congratulating those who successfully received their certificates.

Secondly Master Farid stated the necessity of considering 5 tenets of Taekwon‑Do by all Taeknwo-Doists, and gave a profound speech about Courtesy and Indomitable spirit. And as the third part of his speaking he emphasized on the exigency of keeping unity and walking in a right path and invited everyone who interested in ITF TKD to attend freely to Iran ITF and avoid obtaining illegal or fake certificate who unauthorized people issue.

Brigade General Hakim, Also gave a speech about the reality and value of efforts in catching the goals and being sincere.

Dr. Hamidreza Hesaraki also gave a wise and valuable speech about sport management in Iran, also the necessity of changing some regulation in sport strategies in order to improve.

Mr. Farshad Bahrami, was the last speaker, who gave a detailed report of Iran ITF activity during the past 5 years and the horizon we have in front of us for the improvement of ITF Taekwon‑Do in Iran. 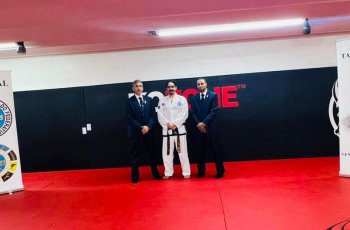